Are you friends dragging you for being illiterate? (And, no, reading “Who Wore It Better” in US Weekly doesn’t count.)

Well, now you can tell them with confidence that you are a well-read queen with the latest releases from “Sickening Adventures,” featuring the stars of RuPaul’s Drag Race.

In Sharon Needles & the Curse of the Devil’s Deck s the Season 4 winner must uncover the dangerous truth behind a mysterious death.

At the funeral for Madame Mirepoix, her beloved cartomancy instructor during her years at Miss Chokingbone’s Academy for Erstwhile Young Ladies, Sharon receives a mysterious inheritance. It appears to be the Devil’s Deck, a legendary set of tarot cards reportedly drawn by Lucifer himself.

When Sharon performs a reading with the cards, they imply that Madame’s death was not from natural causes. To find out what really happened, Sharon returns to the school looking for answers. There she finds herself entangled in a mystery involving a vengeful ghost, a lusty gym teacher, crafty coeds, and a creature summoned from the depths of Hell.

As each day brings new questions, and the evil menacing the school’s students grows more and more malevolent, Sharon will need to use every trick at her disposal to uncover the truth. But will the answers bring justice, or will they resurrect secrets better left buried?

And in Alaska Thunderfun & the inner Space Odyssey, the Season Five favorite is a glamazon alien who runs to Hollywood to escape the Army’s clutches.

New Year’s Eve, 1979: A lonely military outpost is about to have its mind blown by an unexpected guest — a leggy bombshell from the planet Glamtr0n.

Crash-landing on earth, the newly named Alaska Thunderfun is immediately captured by military men eager to exploit her body’s out-of-this-world special powers. But Alaska doesn’t give up without a fight, and soon finds herself on a wild ride to the fabled Hollywood she’s read about in her home planet’s school books, a journey that will introduce her to a lesbian truck driver, an androgynous fashion model, and America’s glamorous, garish 1980s pop culture.

Will Alaska succeed in eluding her would-be kidnappers? Will she become a superstar on Earth before she finds her way back home? And what is it about her amazing body that holds the key to survival, and to the happiness of one of her newfound friends?

Both books are currently available digitally, with print copies and additional titles in the series coming soon.

Below, Alaska shows you how to get her “Red for Filth” look. 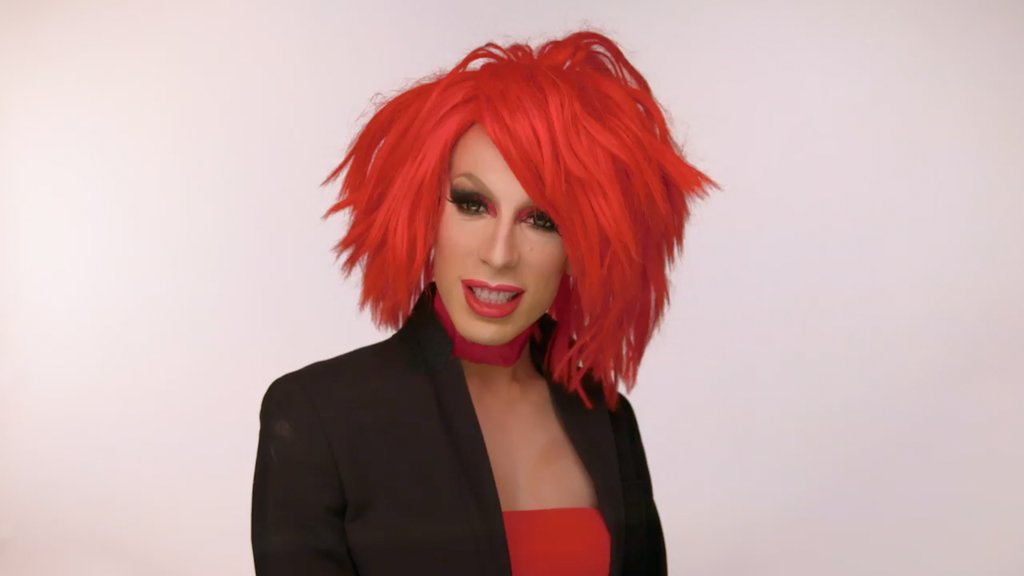